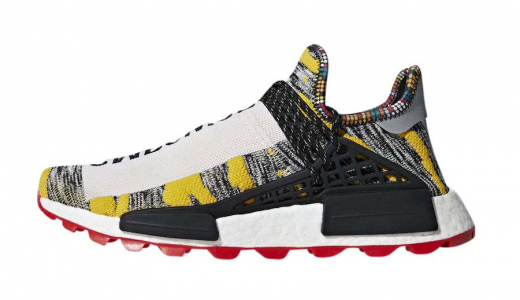 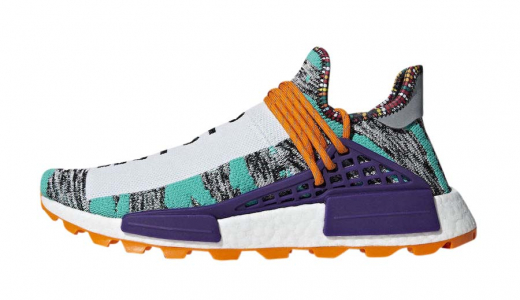 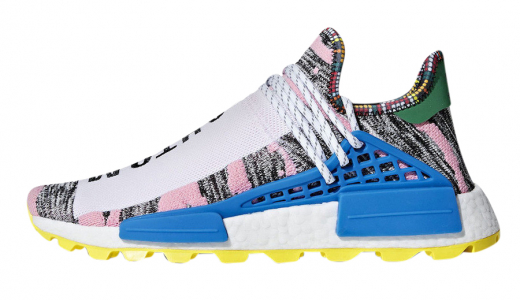 The Pharrell x adidas Afro NMD Hu Pack comes with an Africa-inspired theme. It consists of three colorways of the model that are all detailed with colorful tribal patterns and a new trail-style sole. The shoes’ upper also feature each own message with the Orange/Blue pair featuring “Milele Mbele”, the Red/Blue version featuring “Mother Land”, and the Yellow/Black says “Empower and Inspire.” Other details on the shoe include a colored outsole, White Boost midsole, two-toned laces and a Navy-colored cage that’s connected to the lacing system.